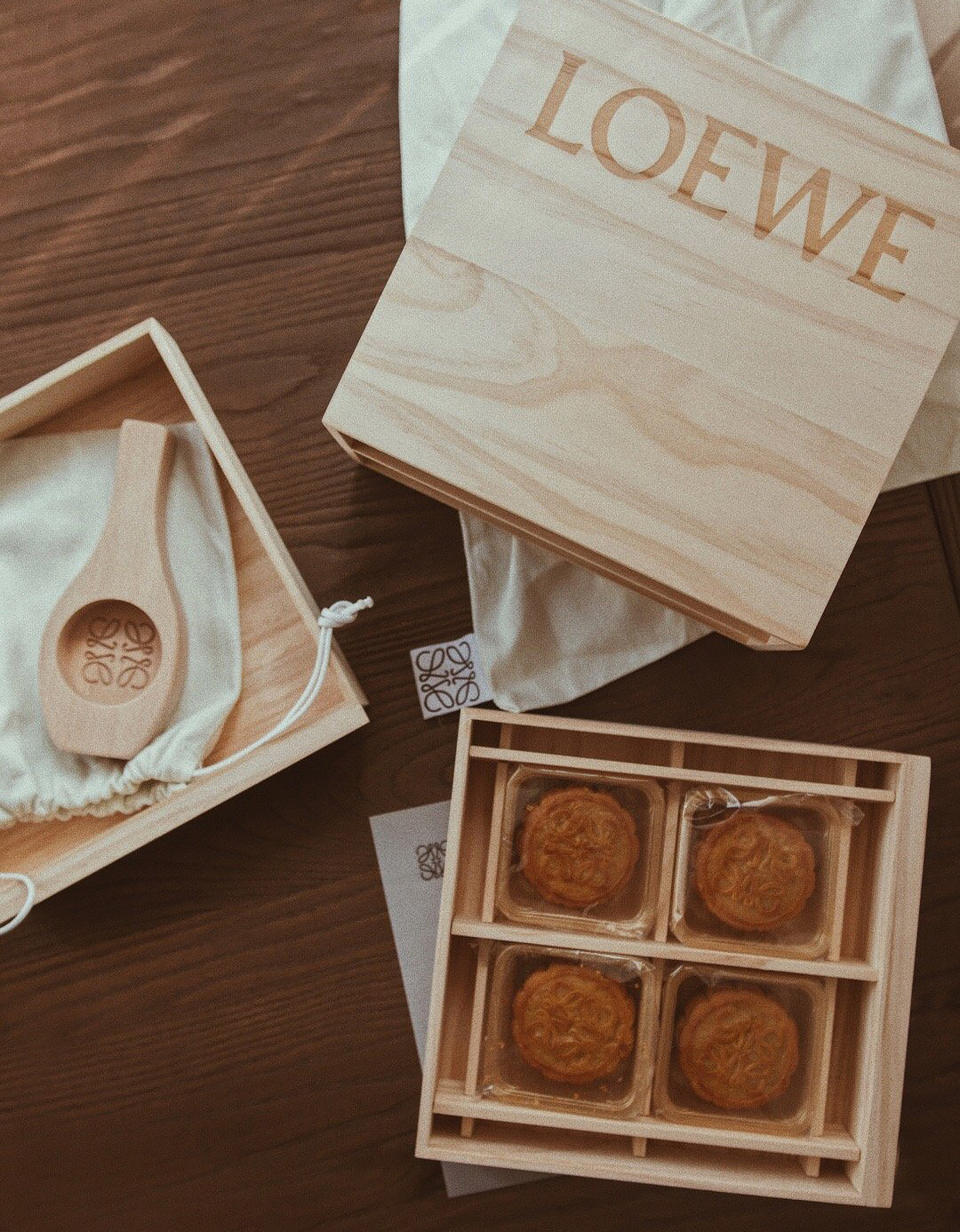 Referred to in China as Zhongqiujie (中秋节), the Mid-Autumn Festival is one of the largest festivals in Mainland China and East Asia celebrating the harvest and reunion, it can be interpreted as Chinese “Thanks Giving” . Almost all Chinese festivals have an emphasis on food, and Mid-Autumn Festival is no exception. Mooncake is the traditional food for celebrating the festival, with the majority of mooncakes being round shape to represent the moon and reunion.

Today, the Mid-Autumn Festival has transformed from a regional holiday to a worldwide festival, and eating mooncakes remains the most rooted tradition. Luxury brands have created their own specially designed mooncake gift boxes for valued customers and business partners. As part of their globalization strategies, western luxury brands are increasingly paying more attention to local traditions, especially those reliant on the lucrative Chinese market.

Here we review the efforts of some luxury brand’s mooncake gift boxes in terms of brand specialty, cultural interpretation, and how they designed.

Tiffany & Co.’s mooncake gift box is inspired by the art of Chinese paper cutting. They recreate the famous windows of Tiffany’s headquarters on 727 Fifth Avenue. When you turn on the light on the bottom of the box — the entire gift box turns into a stylish traditional Chinese folkcraft lantern. 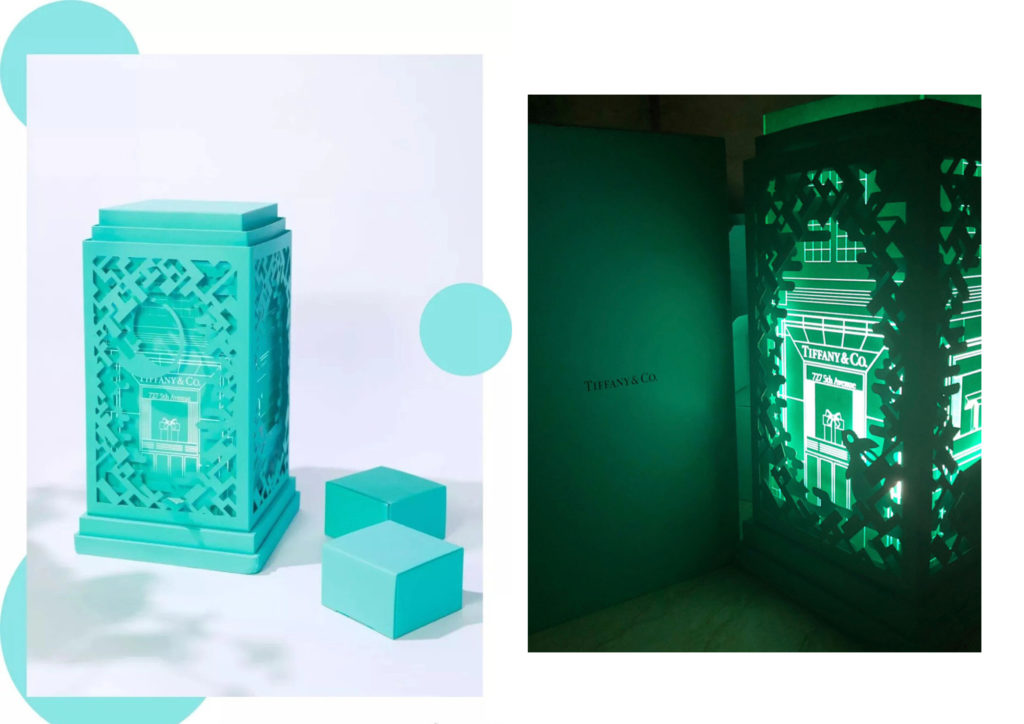 The design of Fendi’s mooncake gift box ranks first in creativity and cultural interpretation, it reminds us of three Chinese traditional crafts: The shape of the box looks like a sophisticated lunch box used in Forbidden City in ancient times. It includes a light, which when you turn it on, transforms the box into a traditional lantern . It also contains a transparent ‘Pingfeng,’ an item of Chinese traditional classical furniture used to block the wind or sight. In terms of brand specialty, Fendi has printed their logo on the outside of the gift boxes.

Unlike other brands, Louis Vuitton offers five different-color chocolates instead of mooncakes, which is surprise for this gift box. As for the brand design, Inside of box, there’s a playful blue hot air balloon floating in the ‘lucky clouds’ (a symbol of best wishes in China). The balloon itself is hollow and decorated with LV’s classic clover logo. 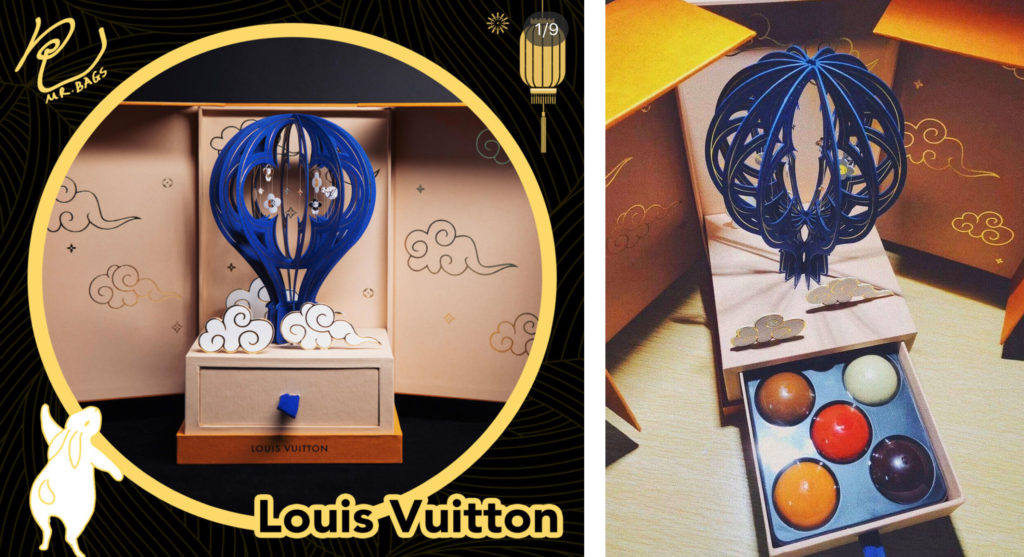 This year, Gucci produced probably the most expensive mooncake gift box for mid-Autumn festival. Gucci’s mooncakes kept in in six tin boxes, housed in a heavy red suitcase, each decorated with a different Gucci classic pattern. But besides the mooncakes, there is very little related to the Mid-Autumn Festival.

The Mid-Autumn Festival is the perfect opportunity to position your brand as one close to the virtues of the Chinese culture.

As marketers, it is the time to create a truly immersive brand experience that delights all the senses, involved visitors’ senses, emotions, and spirits being roused, and all in a brand-consistent way. Such as Mid-Autumn Festival, the more you engage your audience and cultural interpretation, the stronger the impression you leave in their mind.

As a result, the festival has also strengthened influencer-marketing campaigns & strategy for brands as it is a trendy sharable content. Gogoboi, a popular fashion blogger now on Chinese social media (Weibo followers:9.65M) , share over 50 luxury brands of mooncake boxes in 3 days before the Mid-Autumn Festival , and the post gained 100k reads and comments on his Wechat official platform, and that’s something to make any brand feel like celebrating. fans of influencers trust that their endorsement of a product or brand comes from a well-researched, rather than something as simple as a signed contract between a brand and a person of influence.