23 May Tatoo make-up, a new way for creative expression

Posted at 10:49h in BEAUTY, FASHION by thechinesepulse 0 Comments

Make-up is an essential part to express a fashion designer / brand collection, defining the mood, the sensibility and expressing the messages of the looks.

The upcoming make-up trend this season observed in major international Fashion Shows as well as in Chinese fashion shows is to deliver words and messages, whether it is print or hand writing. The face and the body of the models become new supports to tell stories and to write powerful words that goes with what the collection wants to express. 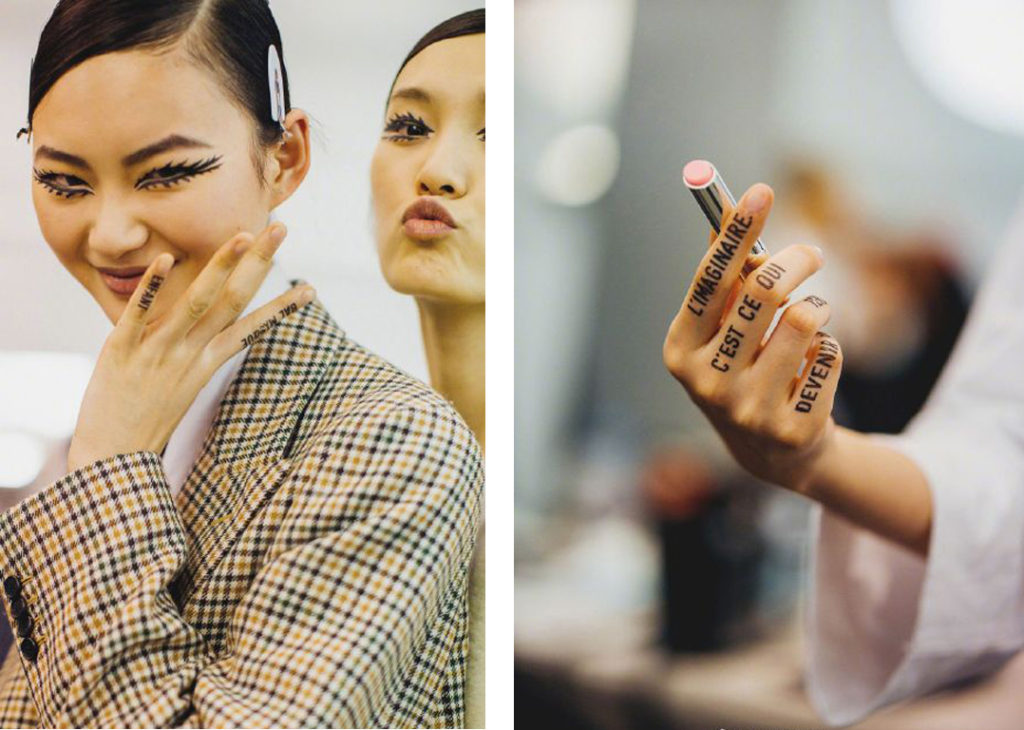 Just before Dior, the Korean brand “Concept Korea” by  the designers Lie and Greedilous used the terms of  ” Perfectly ” and “Imperfect” for the eye make-up of their 2018 SS New York fashion show to deliver the ” contemporary mantra” :  “Nobody is perfect, but that is the real beauty.”

2018 AW Shanghai Fashion Week also got some inspiration from this tattoo make-up trend. Zhang Na, which is the founder of Reclothing Bank and Fake Natoo, marked numbers on the models’ faces and bodies. Those numbers corresponds to the models lifes’ special dates such as birthdays dates, personal milestones etc… A manner to give identity and personality in a new society lost in a data and a digital world.

Pony, a street wear brand launched in 1972 in New York, presented their collection that they made in collaboration with the Chinese singer Zhou Bichang during the 2018 AW Shanghai Fashion Week. For their make-up artistic direction, they also adopted this new ink trend and printed their brand logo over a natural make-up on the models faces.